757 Strings
Let us set your memories to Music! 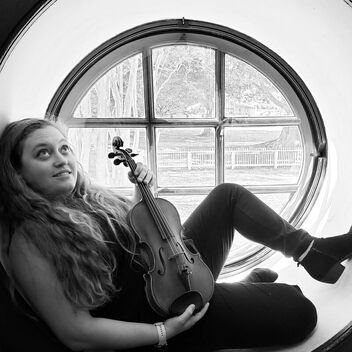 Danielle Fagan, owner and founder of 757 Strings, has been playing the violin since age 5, and viola since age 13. She is a Hampton Roads native and attended Ocean Lakes High and The Governor's School for the Arts. She graduated from James Madison University with a Bachelor of Music degree, with concentrations in Music Performance and Music Education. She has performed all over the world, including California, New England, West Virginia, Austria and Germany. Danielle is currently the Orchestra Director at Princess Anne Middle School and runs a private violin studio. She is also a violinist and the Personnel Manager of Symphonicity Orchestra.

Danielle played for her first wedding at age 14, and was hooked! After returning to Hampton Roads she started 757 Strings to pursue her passion of setting memories to music! 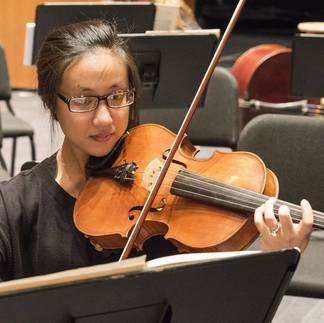 Shirley Luu Smith has played the viola since 1998. She minored in Music Performance while majoring in Civil Engineering at Old Dominion University. During the day, Shirley is a water/wastewater engineer; at night, she is the principal violist of Symphonicity. She also serves on the Board of Directors of the Hampton Roads Chamber Players and performs various types of music, from classical to modern folk, at different venues throughout the Hampton Roads area. Shirley resides in Virginia Beach with her husband, pug, and Australian shepherd and enjoys hiking. 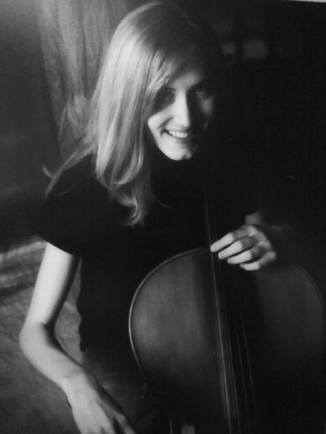 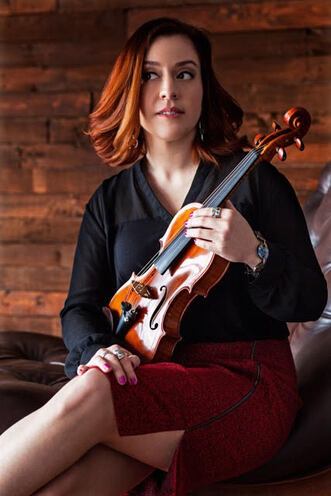 Nikki Nieves is a graduate of the prestigious Berklee College Of Music with a dual major in Film Scoring and Contemporary Writing & Production. She has over 20 years of violin performance experience in various orchestras and ensembles.

Nikki attended the Governor's School For The Arts in Norfolk, VA and since then, she has become involved in various youth orchestras including the Bay Youth Orchestras of Virginia and the Hampton Roads Chamber Players. Nikki continued her performance career with ensembles including Boston Civic Symphony, Wellesley Symphony, Harvard Lowell Opera Orchestra, MIT Philharmonic, Santa Monica Symphony, and Symphonicity. She’s had the privilege of performing with notable artists and on various opera productions.

She currently resides in Hampton Roads and serves as Education Manager of the Virginia Arts Festival and Operations Manager of the Norfolk NATO Festival. 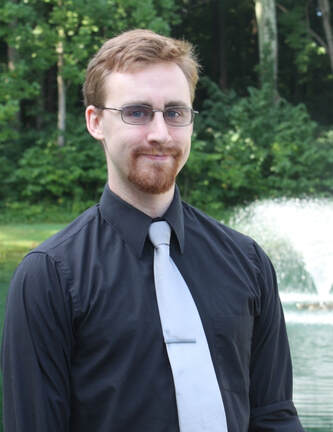 Currently, Marc performs with Symphonicity. He is also an active musician in the Praise Band of Greenbrier Community Church in Chesapeake, VA, playing piano, bass guitar, and strings. His previous ensemble experience includes playing in the cello section of the Loudoun Symphony Orchestra and musical pit orchestras for local productions.
​
Marc is the music director for Veritas Collegiate Academy, a private school in Chesapeake, VA. 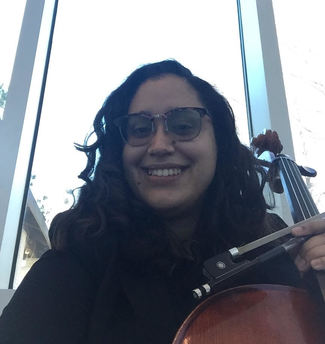 Déborah Ramos-Smiley  began playing the cello in 1998 and has been teaching for over a decade. They began teaching locally in 2004 as a high school student at both Deep Creek High School and the Governor’s School for the Arts in Norfolk, VA. Déb went on to graduate Magna Cum Laude from East Carolina University earning two Bachelor’s degrees in Music Education and Cello Performance in 2010. They continue to perform professionally with the Tar River Symphony, Symphonicity and with many chamber groups. A full teaching career has included teaching chamber music at the NC Suzuki Institute and the Williamsburg Youth Orchestras, rock for string instruments with LGBTQ+ students at QORDS summer camp, and teaching in public schools in both NC and Virginia.

Currently, Déborah is the orchestra director at Deep Creek High School in Chesapeake, VA and 5th Grade Strings at Deep Creek Elementary and Treakle Elementary. Mx. Ramos-Smiley continues to maintain a private studio and performs locally on both electric and acoustic cellos in weddings, musicals, operas, and concerts in a variety of styles and repertoires. In addition to a musical career, they are an avid cyclist and group fitness instructor- and hopes to create a more beautiful world through movement and the arts. 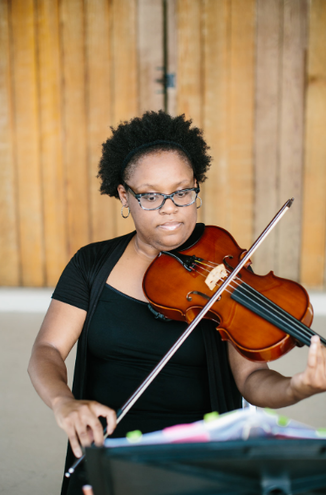 Keara Smith has been playing the violin since age 11. She graduated from Norview High School in 2007 and began studying Music Education at Old Dominion University. Throughout high school, Keara was a member of Norfolk Public School's Strolling Silver Strings, performing approximately 60 times a year in different parts of the region. Upon earning her Bachelor's Degree in Music Education from ODU, Keara continued with her education and obtained a Master's Degree in Music Education from James Madison University in 2014. Keara is currently teaching Orchestra in Norfolk, VA and is a member of Symphonicity Orchestra 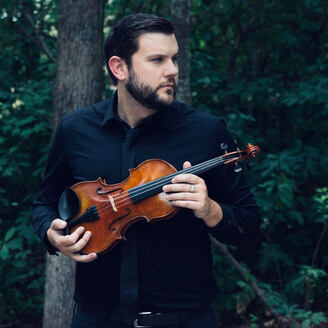 Justin Stanley has played violin for over 23 years and graduated with a Bachelor’s in Music Education, and a Master’s in Art and Teaching from Christopher Newport University, and a Masters in Music Education from Florida State University. He has studied privately with Dora Mullins, Dr. Joseph White, Yun Zhang, and Eliot Chapo. In Orlando, FL, Justin was the Concertmaster of the Central Florida Community Arts Orchestra for 4 years, and performed with Classern Quartet as 1st Violin for 7 years. Currently he performs with Virginia Beach’s Symphonicity Orchestra, as well as recorded for multiple albums, and has performed with the Trans Siberian Orchestra. He previously worked for the New York Summer Music Festival for 4 summers as a Counselor, Teaching Assistant, and Head Orchestra Librarian. Justin currently teaches Orchestra and General Music for the past 9 years and private lessons for the past 15 years. ​ 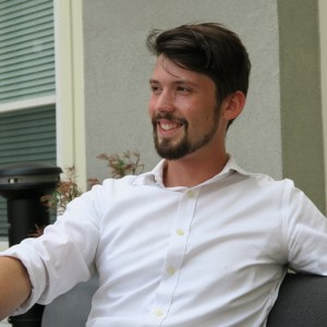 Adam Symborski graduated from James Madison University with a Bachelor of Music and concentration in Music Industry. Since starting violin at age 11 and piano at age 7, he has been passionate about music and all it has to offer. Adam has served in various teaching and tutoring positions, including 4 years of summer camp and chamber camp counselling with the Academy of Music, voice tutoring at JMU, and teaching music at outreach camps for at-risk children in the tidewater area. Adam is also a registered Suzuki teacher and has taught general music as well as private lessons in Suzuki violin and piano at Ghent Montessori School. 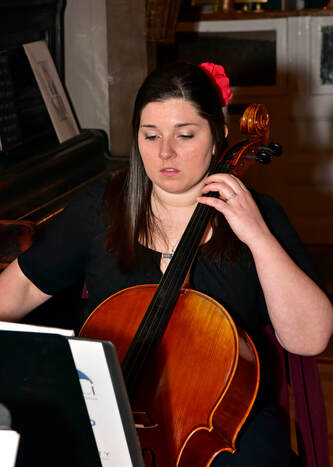 ​Jessica Tuttobene has played 'cello since 1996 and teaches all strings, as well as beginning voice and piano. She is a member of the Symphonicity Orchestra of Virginia Beach, and she also performs with the Symphonicity Angeli Quartet. She earned her Bachelor of Music in Music Education from Old Dominion University with a Dual Certification in Instrumental and Vocal Music. She a founding member of the Col Vita String Quartet, and currently teaches private lessons from her home in Chesapeake.
Powered by

Create your own unique website with customizable templates.
757 Strings